You’ll never forget the first time you watch a Kevin Richardson lion video. They’re—somehow—simultaneously heart-stopping and heart-warming. The lions are so excited to see him, they run directly toward him… and us in the camera! They throw their paws around his neck. They wrestle him to the ground. They nuzzle and groom him. They swim together. They nap with him! It’s unlike anything you’ve ever seen.

Kevin has devoted his life to providing sanctuary for large carnivores (including hyenas, leopards, and the aforementioned lions), but it’s his incredible bond with lions that have made him famous. He is, undoubtedly, The Lion Whisperer. 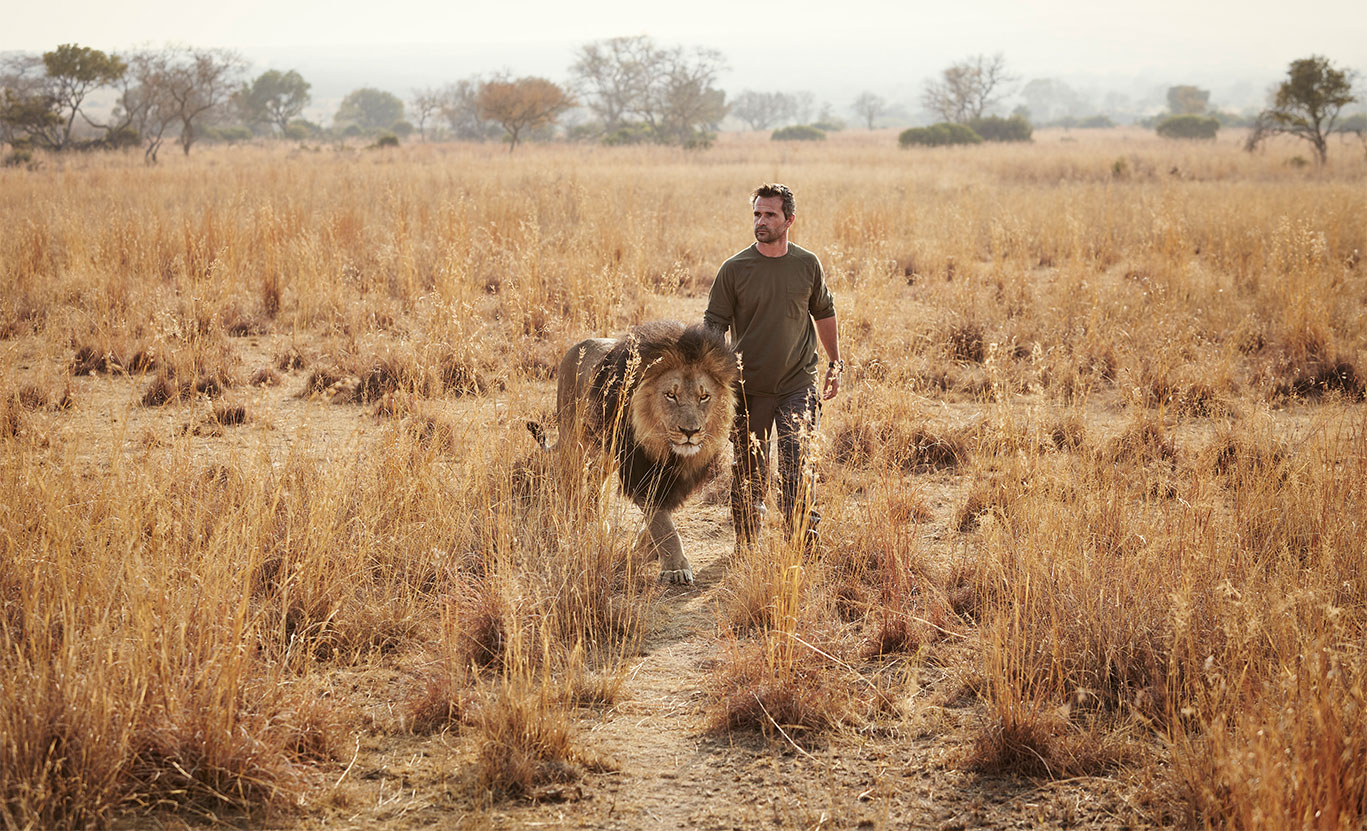 Image Courtesy of the Lion Whisperer

The Kevin Richardson Wildlife Sanctuary’s mission is to “transform the way humans think, interact, and behave toward the keeping of large carnivores.”

The ultimate goal is to decrease the number of large carnivores kept in captivity and reveal the connection between illegal petting zoos and hand raising and the horrific practice of canned lion hunting. Kevin has been the savior of many mistreated, captive lions, but he doesn’t want the story to be about him swooping in and rescuing lions. Instead, he wants to focus on the root problem and stop the tragic captivity from happening in the first place.

Year after patient year, Kevin has raised lion cubs and built relationships based on love and respect. None of his work happens quickly though. As he says, “A lion is not a possession; it’s a sentient being, so you must pay attention and develop your bond like with any relationship.” 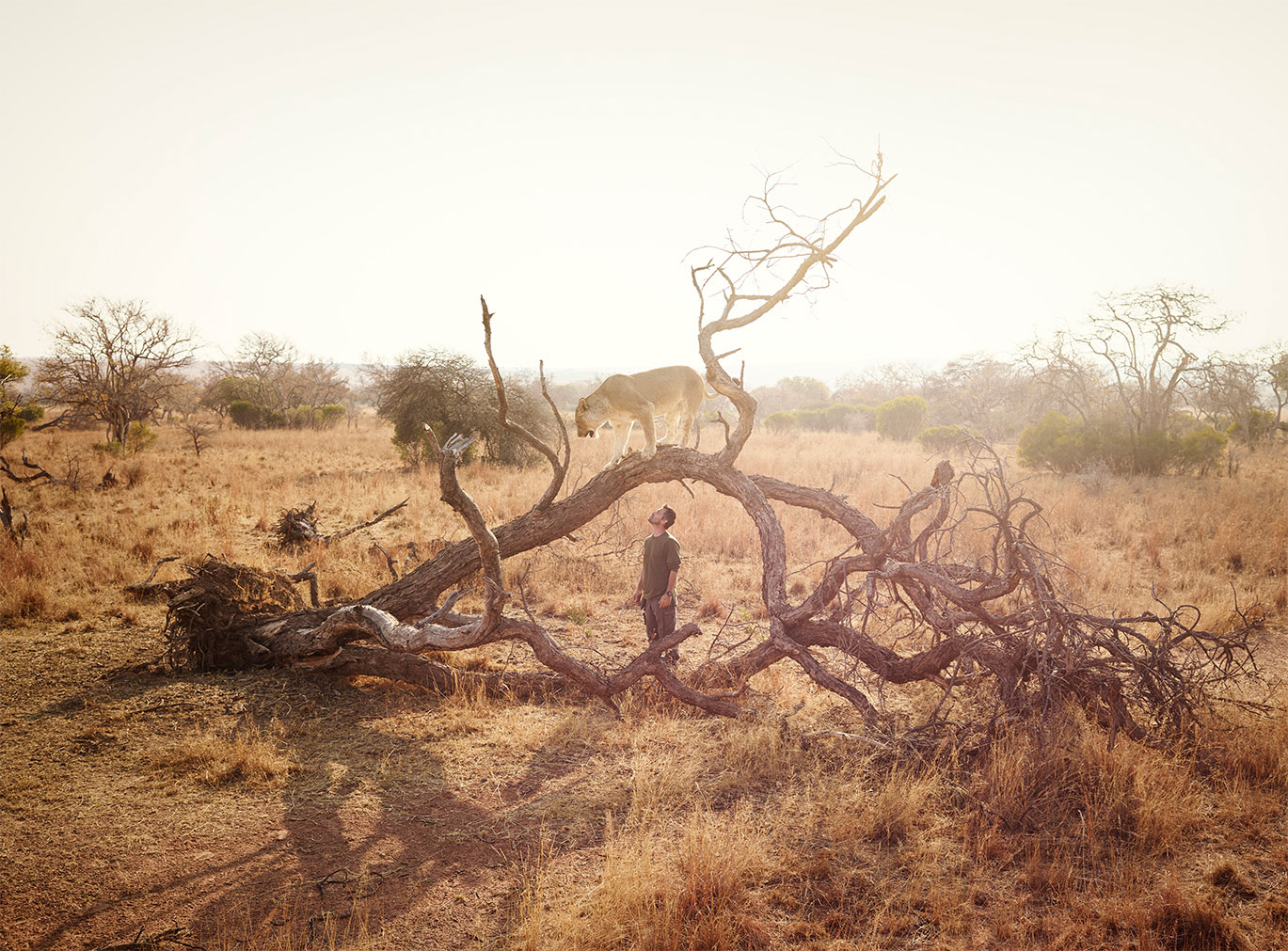 Image Courtesy of The Lion Whisperer

The sanctuary provides animals the care they need as well as the space and natural environment they need to thrive. Kevin not only gives lions a second chance, but he also highlights the plight of lions in the wild as they face myriad threats, from habitat loss to revenge killings to the illegal trade.

Lion poaching has become an ever-increasing problem in recent years; traditional Chinese medicine imbues lion bones with healing powers, and, horrifyingly, lions are also poached for their noses and paws in the tradition of gathering “muti” (traditional South African medicine). The parts are said to have “miraculous” effects.

The outlook is concerning: The lion population occupies less than 20% of its former range in Africa. Recent population estimates put the total number of lions at 20,000. Without intervention, lions might not exist in the wild within 20 years. The problem is multi-faceted, but Kevin’s amazing work of educating, increasing awareness, and raising money is a crucial part of the solution.

Kevin Richardson – AKA "The Lion Whisperer"

Amazing to see in person.

The Kevin Richardson Wildlife Sancuary's mission is to provide a self-sustaining African carnivore sanctuary for the purposes of wild species preservation through education, awareness and funding, especially pertaining to the rapid decline of large carnivores in Africa due to habitat loss, human-predator conflict, the illegal bush meat trade, unscrupulous hunting, disease and their illegal trade.

We are delighted to partner with The Kevin Richardson Wildlife Sanctuary and use our cameras to help safeguard the lions and keep watch over the property. We recently visited Kevin on a trip to South Africa and had the pleasure of meeting George and Jaime, recent rescues from a petting zoo in Spain. Check ‘em out above!