It’s not everyday that someone gets to see a pack of hyenas devour a carcass.  Let alone so close, and let alone with a 360 degree camera.

But that’s exactly what happened with our partners in the Dinokeng Game Reserve of South Africa.  In this particular instance, these spotted hyenas (of which their species population is declining) were being prepared for release into the wild of the highveld landscape . . . a reserve that spans 18,500 hectares.

Having come from the Lion Whisperers wildlife sanctuary, these hyenas were well adjusted to the ins-and-outs of normal pack behavior . . . including the in-and-outs of feeding.

Hyenas eat roughly every few days to a week, and what do they eat . . . ?  Only the finest antelope South Africa can produce.  In this case a Blesbok. 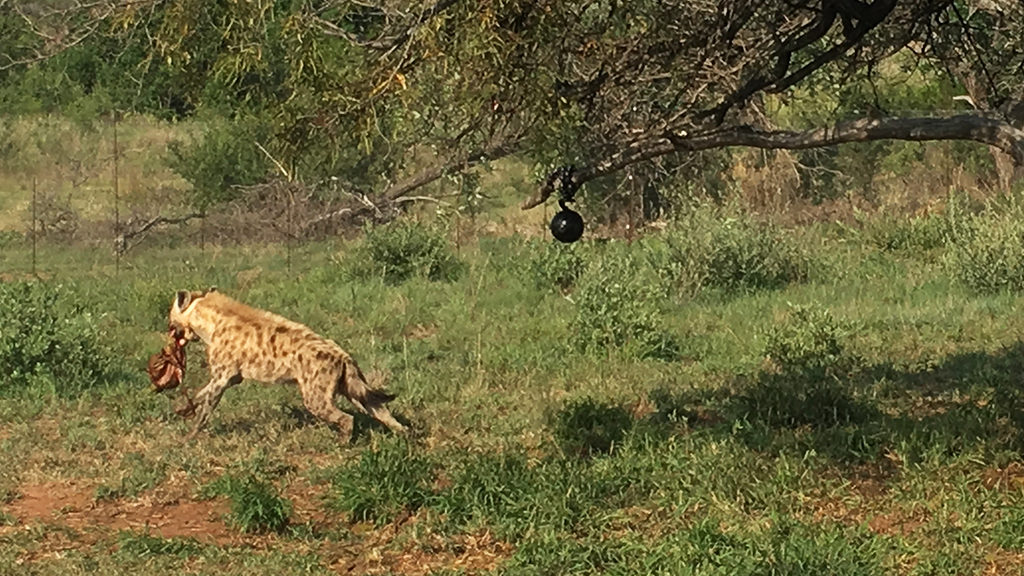 According to the IUCN Red List of Endangered Species, spotted hyenas are under threat when existing outside of protected areas.  They face threats like trapping, culling, and even poisoning.  In the Serengeti for example, an estimated 400 are killed every year by wire snares.

As hyenas are hunters and predators by nature, they are often classified as “vermin” by local governments where they are considered a nuisance to livestock.  And interestingly enough, in other areas they are classified as a “fully protected” species. 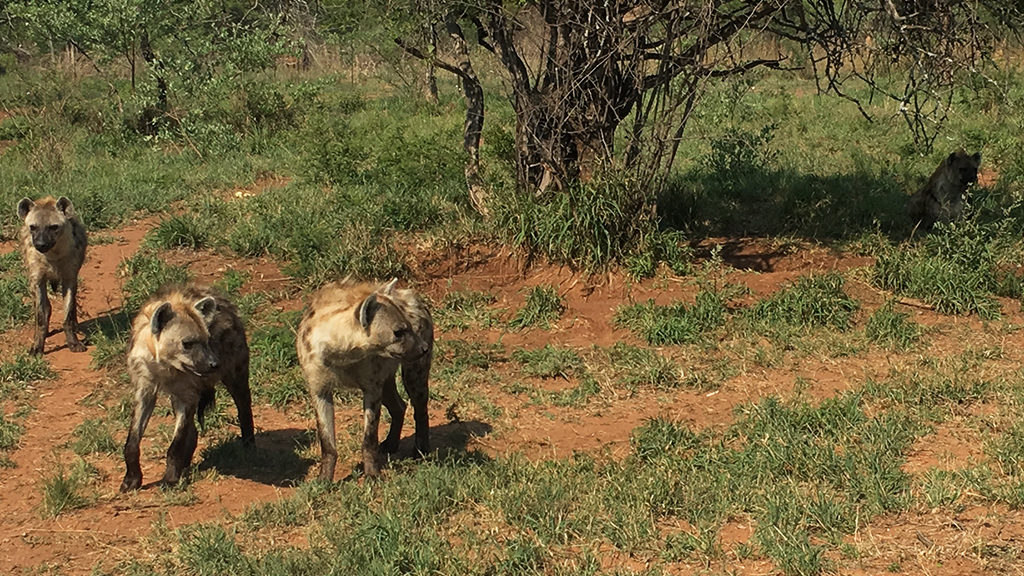 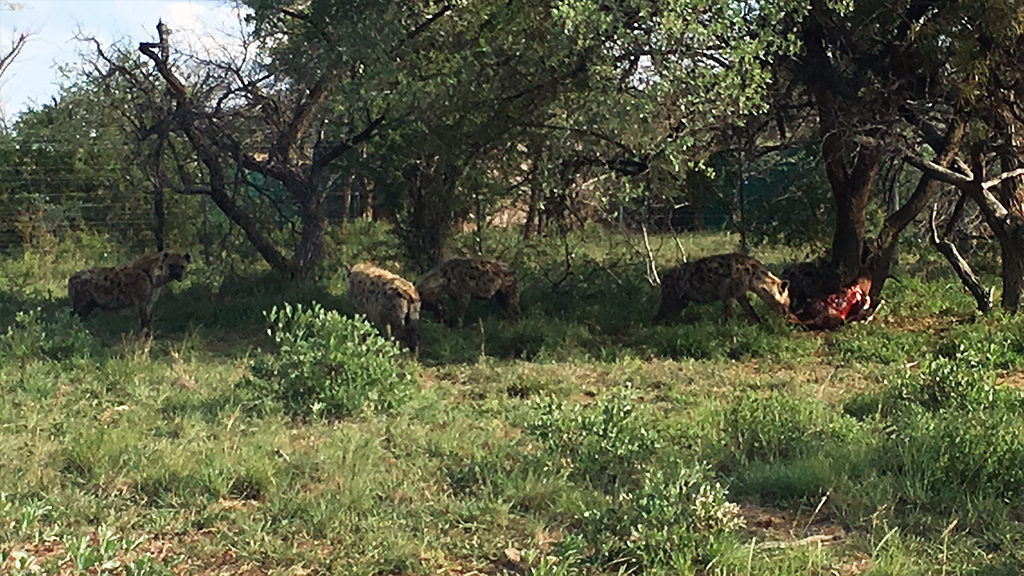 As it stands, spotted hyena populations are relatively high, and they are not an endangered species yet.  But with more and more habitat loss from the population growth and expansion of humans, they are a species whose population is in decline, and this is a problem.

According to Marion East of the Institute for Zoo and Wildlife Research in Berlin:

They are very important to the health of the ecosystem,. As scavengers, they clean up a huge amount of dead matter. As hunters, they probably help maintain the genetic health of the great herds.

The hyena is a beautiful creature in a weird way, but it is also a very important one to local ecosystems and we are incredibly grateful to be able to protect these animals within the larger game reserve of Dinokeng.  But we need your help to continue to do so.