Some of our most dedicated supporters joined WPS on an adventure of a lifetime.  In order to test for sterility to encourage rhino births, and to monitor for genetic diversity, our team recently darted all of the white rhinos we work with in South Africa.

Southern white rhinos were nearly extinct in the 19th century, but with successful protection efforts, there are currently around 20,000 animals in protected areas and game reserves. Still, in the last decade, more than 7,137 African rhinos have been lost to poaching. And with a 16-month gestation period, almost twice that of humans, every rhino birth matters.

Another aspect of maintaining healthy rhino populations is ensuring genetic diversity. You can read more about its importance in our previous blog, Blood Work and Healthy Rhino Populations. But as an overview, species with lower levels of genetic variability are at a greater risk of extinction than those with high levels, so we wanted to make sure our rhinos have enough variance to thrive. 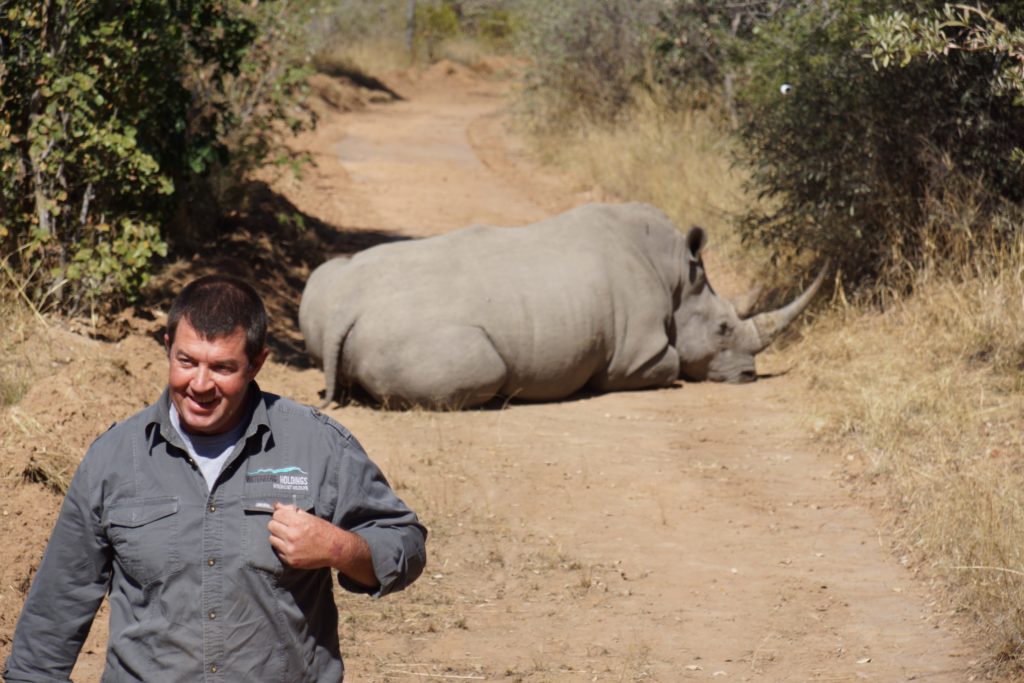 The process began with herding the animals into open areas from a helicopter, where our veterinarian could shoot them with a sedative dart. Apparently he never missed! The rhinos often fell asleep standing up. At 1.6-4 tons, it was no small feat to get them to sit and lie down in order to test their blood and sperm, measure their horns, and tag them (an important part of prosecuting poachers).

Darting our rhinos was a huge undertaking, one we are not likely to repeat anytime soon. Because it was a once in a lifetime opportunity to get so close and personal with such magnificent animals, we invited some of our donors, and dedicated volunteer Bill Haals, to share the adventure.

Time to wake up!

After all of the blood work and measuring was complete, our kind, fabulous veterinarian gave the rhinos a wakeup injection. And Bill took some final shots of the rhinos waking up and heading back into the bush. 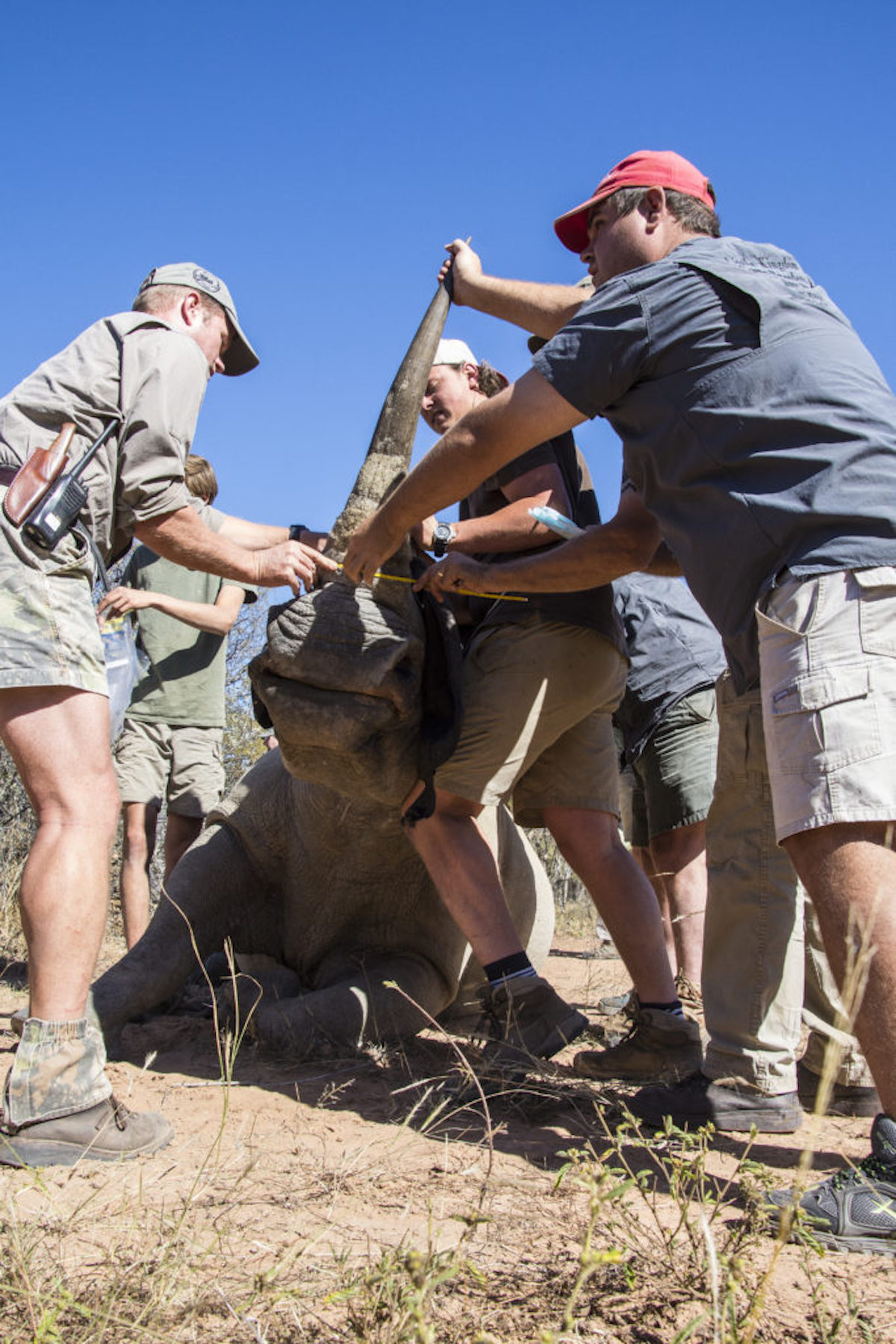